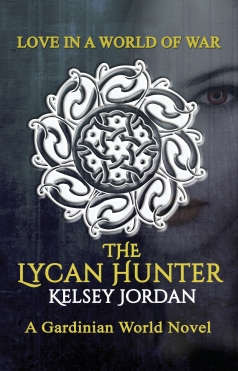 “You deserve to be more than my dirty little secret.”

When Alexis James arrives at her first assignment in months, she anticipates the danger and violence rife in her calling as a Lycan Hunter. What she doesn’t expect is a handsome, blue-eyed wolf saving her life and kidnapping her. Surrounded by the enemy, Alexis must not only survive her prisoners but the bonds of a different sort that begin to form against her will.

Mikko Kyran was chosen by the gods to lead his pack, and he has made it his mission to end the eight thousand years of war plaguing his people. The Alpha never suspected that the key to the prophecy ending the Forever War would be held by a smart-mouthed, sexy Hunter determined to kill him.

Can two people from different worlds set aside everything they know about one another long enough to survive retribution from the Hunters, the pack, and the gods? Or will their differences start a war that neither can win?